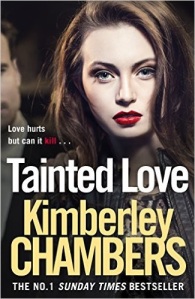 Times are changing in the East End, from bad to worse . . .

Despite the love they share, Bella’s and Michael’s lives seem to be continually throwing grenades in their path to true happiness. Bella’s dark secret is threatening to spiral out of control – and has the power to destroy the Butler brothers’ bond once and for all . . .

Meanwhile, Little Vinny has truly turned over a new leaf and is doing everything he can to be a good husband and father. He doesn’t want to follow in his old man’s footsteps, but the apple never falls far from the tree, and despite everything he’s done to wipe the slate clean, his past is about to catch up with him.

Everyone knows the Butler family’s reputation – you don’t mess with them unless you’ve got a death wish. But there’s someone out there doing the unthinkable – and they are aiming for the heart of the family.

The first thing I would suggest if you have never read a Kimberley Chambers book, would be to read the other 3 books in this series, so much happens in them that you really need to read them all, in order to know the plot and the characters, so just in case you are a “newbie” here are the books in the order you should read them

I’m a huge fan of Kimberley’s and couldn’t wait to get my hands on a copy of Tainted Love, lucky for me I was offered a review copy and jumped at the chance to get an early copy. Tainted Love is the fourth book in the Butler family series, and my god it’s the best one yet! If you thought the Butlers could not get more complicated, violent or treacherous then you are wrong!

This review is going to be difficult to write as I don’t want to give away any spoilers, so here it goes.
Kimberley has a natural gift for creating very colourful characters, that are larger than life, by the time you get to Tainted Love you feel like you know them all personally, foibles and all (and believe me they all have plenty of them!) they will make you laugh, cry, love and hate them, all in the space of a few minutes! The dialogue between the characters had me choking on my coffee at times, some of Kimberley’s one liners are original in their content to say the least, but if you don’t like swearing then you should give Tainted Love a wide berth, as there is plenty of it! For me I feel the swearing was in context with the plot and the characters, at times it’s very colourful, but also very funny.

The wonderful thing about reading Kimberley’s books is the sheer speed at which you are catapulted into the characters world, from the moment I read the prologue my heart was in my mouth and I found myself desperate to read more. In Tainted Love the Butlers are back! With vengeance, Vinny and Michael are the ultimate gangsters, who are likened to the Krays, they are dangerous, violent, and killing comes second nature to them! As an enemy from the past comes back looking for revenge for the Butlers past misdeeds, life for the Butlers will never be the same again. Add to the mix dark secrets and tainted love, and things threaten to spiral out of control, and ultimately destroy the Butler brothers’ bond once and for all.

As Tainted Love is the fourth book in this series, I had reservations KC would not be able to match the high caliber of her previous books, but bloody hell I was wrong, not only has she wrote another blinding book, but she has surpassed herself. This is a book stuffed with tension, violence,and treachery, which moves along like an express train, leaving you no time to catch your breath! Believe me when I say “you are in for a hell of a ride”. As the book reaches its climax I was left breathless, so much happens in Tainted Love I really felt I was on the worlds biggest roller coaster, my emotions were all over the place, as secrets are revealed that will change the Butlers life’s for ever.

The Butlers will stick with me long after I’ve finished Tainted Love, I was utterly bereft when I turned the last page, I felt I was saying “goodbye” to old friends. Kimberley Chambers has wrote her best book yet, with an original believable plot and fantastic characters, for me she is the “queen” of crime fiction, and I can’t wait for her next book, but unfortunately for us readers it won’t be out until 2017!

If you don’t already follow Kimberley on Facebook, you really should her real life posts read like one of her books, she is so entertaining and her posts will certainly make you laugh.You will also get to follow the adventures of Fred “the rat pig” Butler, who is a legend in his own right!

Follow The book review café on WordPress.com
Join 21,344 other followers