Eeeek today it’s the first of December which means I can finally put up my Christmas tree 🎄, but before I do it’s time to share my book of the month for November 2017.

The Book Of The Month is chosen by myself at the beginning of every month, for the previous month. It goes to the author/book that I found outstanding for that month, and I may have given a higher rating than a 5 star review if I actually star rated books on my blog.

As usual I couldn’t narrow it down to just the one book so here are my two top reads this month. 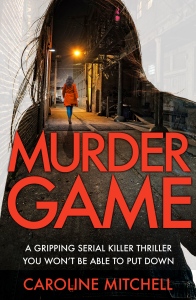 To catch a killer, you must first think like one…

A killer is playing a twisted game of life or death with his victims. After he captures them, a countdown begins. He marks the time by sending clues to the whereabouts of the women he has taken in three disturbing images: alive, tortured, dead.

In a race against the clock, East London Detective Ruby Preston must play the killer’s terrifying murder game and decipher the clues before more women die.

But this isn’t the first time the police have seen such a sickening crime. The notorious Lonely Hearts Killer, Mason Gatley, was put behind bars ten years ago for murdering six women in exactly the same chilling way. Desperate for more information, Ruby asks her gangster boyfriend, Nathan Crosby, to set up a dangerous meeting to allow her to see into the twisted mind of a murderer.

But the closer Ruby grows to the dark and charming Mason Gatley, the more worried her team becomes. Is he really helping her catch the killer? Or is he lining her up to be his next victim?

I will say one thing for Caroline Mitchell her books always open with an prologue that immediately draws you in with a promise of a dark and deviously plotted tale and Murder Game is no different. Hells bells once I read the epilogue for this one I knew it was going to be a read “in one sitting” kind of book and I wasn’t wrong! You can read my full review here…… MURDER GAME

The Treatment by C. L. Taylor

“You have to help me. We’re not being reformed. We’re being brainwashed.”

All sixteen year old Drew Finch wants is to be left alone. She’s not interested in spending time with her mum and stepdad and when her disruptive fifteen year old brother Mason is expelled from school for the third time and sent to a residential reform academy she’s almost relieved.

Everything changes when she’s followed home from school by the mysterious Dr Cobey, who claims to have a message from Mason. There is something sinister about the ‘treatment’ he is undergoing. The school is changing people.

Determined to help her brother, Drew must infiltrate the Academy and unearth its deepest, darkest secrets.

I’m a huge fan of Cally Taylor’s psychological thrillers so I was slightly miffed when I realised The Treatment is actually aimed at the young adult market, I’m not saying the author shouldn’t write for a different audience by any means, in fact after reading this book I’m convinced the author has the ability and talent to write for any audience YA included. I wasn’t really sure what to expect but I can say “hand on heart” I really enjoyed The Treatment and read it in one sitting, and I’m sure many adults will enjoy this book as much as the younger audience it’s aimed at. You can read my full review here……..THE TREATMENT 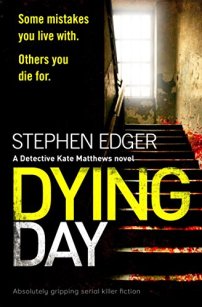 You can find my full reviews in the links below….

What book would you choose for this months book of the month? I would love to read your recommendations,  so please feel free to leave a comment on this post.

And now I must be off,  it’s really time I was putting up the Christmas decorations.