Today I’m thrilled to have  author Angela Marsons take part in my latest feature #BehindTheBooks. The author writes the “Kim Stone” crime series, and as anyone who follows my blog will now it’s one of my favourite crime series EVER. Read on for my interview with the awesome Angela Marsons….. 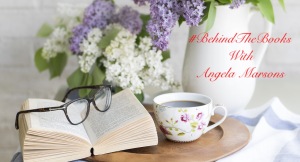 Hi Angela I’m thrilled to have you visit the book review café, tea or coffee?

Tea, please. A big cup of hot sweet tea. It’s what I exist on.

Can you tell us a little bit about the Kim Stone series?

Yes, it’s a series about a Detective Inspector based in and around the Black Country in the West Midlands.  I am currently working on book 11 of a 16 book contract and surprisingly the character still seems to have a lot to say.

Dead Memories is the latest book to be published, it’s the tenth book in series, did you ever think when you published Silent Scream it would end up being a long running series?

I was originally signed for 4 Kim Stone books and I thought that I wouldn’t see that out. I had visions of my publisher, Bookouture, sending me the ‘sorry we made a mistake’ email and we can’t continue your contract for the 7 people that bought your book!! Yes, I had seven guaranteed sales from family members. So, after Silent Scream was published and it went to #1 (due in no small part to the blogger/reviewer support it received) I was asked to sign for 4 more and a few books later I signed for a further 8 books. There is no publisher I would rather be on this journey with than Bookouture as they gave me the opportunity to share my stories after many years of rejection. 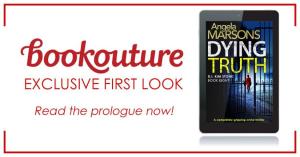 How many more books in the series can we look forward to?

Although I’m contracted to write 16 books I’ve always said that I’ll keep writing them as long as people want to keep reading them.

Do you spend a lot of time researching for your books?

The research is one of my favourite parts of the process. I always buy factual books about the subjects that I’m planning to cover and crack open a new notepad and box of bic original pencils to start the project. I still love learning but the key is not to put in everything you’ve learned but to choose only what’s relevant to the story and that will particularly interest the reader.

After years of writing relationship based stories, you turned to crime, what made you decide to change direction?

I have always loved to read crime but never thought I could write a crime book due to the twists and turns needed. When I sat down to write Silent Scream it was an act of rebellion. I decided to write the book I wanted to write with the character that was screaming in my head, based in my own area and not a big city. I totally expected to reach 30K words and hit a brick wall but it was at that point that the pencil took on a life of its own and I couldn’t write it quick enough.  Much of the plot grew organically as I wrote and the twists and turns occurred to me during the process which was incredibly exciting. I still write each book in the same way. I have a vague idea of where I’m going but I don’t plan. 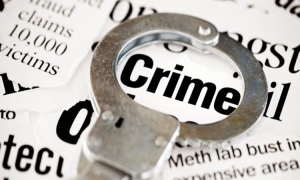 You received numerous rejections on your road to success, what advice would you give to would be authors in a similar position?

My first piece of advice would be to never forget what compelled you to write in the first place. When faced with rejection it’s easy to forget the love of words or making a good sentence or developing unique characters. Whatever it was that drove you to do it, keep the love for the process alive. Also, I would always advise new authors not to share their work too early. It’s easy to get excited and to seek validation for your first couple of chapters but any comment, positive or negative,  can affect the rest of your journey with the story. I always think of the first draft as my sandpit, it’s my time to make the book whatever I want it to be and only once I’ve reached the end do I share it with anyone.

What has been the highlight of your career?

Oh my goodness, there have been so many WOW moments. Things I never even dreamed could happen. It might have been my first Amazon #1 or seeing the books on supermarket shelves or my first foreign rights deals but I think it would have to be hitting the 3 million sales mark. I can’t even count that high and the number is unfathomable to me. I’m proud of each and every sale.

I’m a big fan of the “Kim Stone” book covers, did you get any say in choosing the cover?

I love the covers too but no I don’t get any say in choosing them. This bothered me at first but I now trust Bookouture to do their bit and they trust me to do mine. 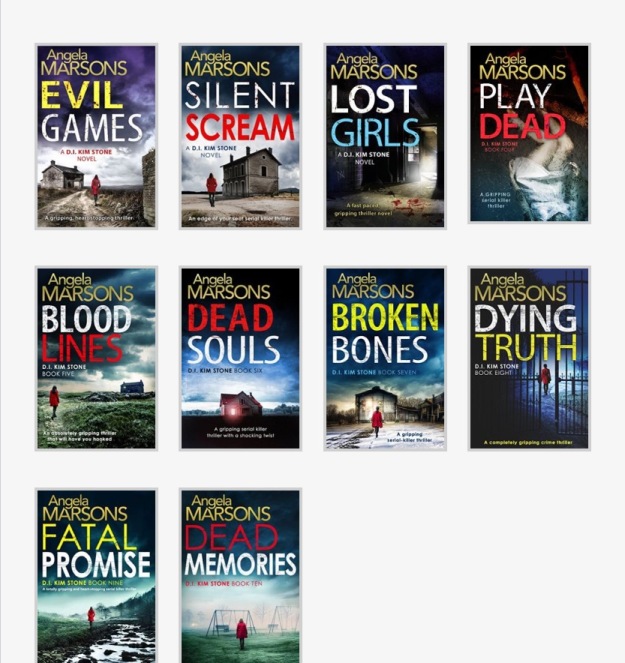 Once you finished writing a book whose the first person who gets to read it?

Always my partner Jules who works closely on the books with me. As I handwrite the first draft the process is slower at that stage. As I write Julie types the chapters so that when I get to the end of the first draft the chapters are typed and ready for me to get cracking on the second draft.  As I’m working on the second draft I’m printing and Jules has her red pen and gives me advice and points out things I might not have noticed.

Do you ever get writer’s block? And if so how do you get over it?

I normally only get writers block if I’m trying to force the story or one of the characters in the wrong direction. In Silent Scream the ending between Kim and Lucy was going to be very different and I actually couldn’t write it because the original plan no longer felt right due to the relationship that had developed between them.  If I’m struggling to find creativity in a particular area of the book I’ll often move to a scene that I’m dying to write. Normally that will be a scene filled with emotion or conflict.

How do you cope with negative reviews?

I try not to read them but it’s hard when a new book comes out. The nerves never go away so each time a new book is released I want to know what people think of it and it’s not always easy to read. Luckily I’ve learned to grow a thicker skin and as long as there are some folks that like the book I try to focus on that.

You are a big champion of book bloggers, how have they helped you?

When Silent Scream was first published neither myself nor Bookouture had any idea how it would go. It was their first crime book and they were still a relatively young publisher so we all just kind of crossed our fingers.  When the book went out to reviewers and bloggers they not only shouted about it, they shouted loudly. They reviewed and shared their reviews and recommended it to anyone who would listen. I have no doubt that the book would not have been anywhere near as successful had it not been for the passion shown to it by reviewers and bloggers.  But more than that – most authors feel like frauds. Most of us think that if a book is loved that it was a fluke and we’ll never be able to do it again. The response I received from bloggers and reviewers and the way they took Kim Stone to their hearts gave me the confidence to think I could do it again

And finally what’s next for Kim Stone?

Angela Marsons is the Wall Street Journal and USA Today bestselling author of the DI Kim Stone series and her books have sold more than 3 million in 3 years.

She lives in the Black Country with her partner, their cheeky Golden Retriever and a swearing parrot.

She first discovered her love of writing at Junior School when actual lessons came second to watching other people and quietly making up her own stories about them. Her report card invariably read “Angela would do well if she minded her own business as well as she minds other people’s”.

After years of writing relationship based stories (The Forgotten Woman and Dear Mother) Angela turned to Crime, fictionally speaking of course, and developed a character that refused to go away.

She is signed to Bookouture.com for a total of 16 books in the Kim Stone series and her books have been translated into more than 27 languages.

Many of her books, including Blood Lines, Dead Souls, Broken Bones, Fatal Promise and Dead Memories reached the #1 spot on Amazon on pre-orders alone.