Today I’m sharing my review for His And Hers by Alice Feeney, a psychological thriller full of surprises and twists. Read on for my review….. 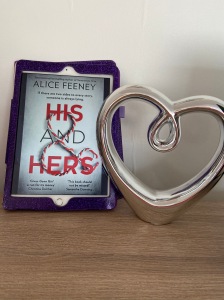 If there are two sides to every story, someone is always lying…

Anna: I only need one word to describe my husband: Liar.

When a woman is murdered in Blackdown village, newsreader Anna Andrews is reluctant to cover the case. Anna’s ex-husband, DCI Jack Harper, is suspicious of her involvement, until he becomes a suspect in his own murder investigation.

Someone is lying, and some secrets are worth killing to keep.

I’m not going to beat about the bush His And Hers by Alice Feeney made for one of those ‘complete head f##k’ kind or reads! The author expertly weaves a deliciously dark, twisty tale, which shocked me to the core! No mean feat when you read as many psychological thrillers as I do. His and Hers is mainly narrated by two characters, His: DCI Jack Harper, is the lead Detective on a murder case in the village of Blackdown, it soon becomes apparent that he knows more about the victim than he is letting on. Hers: Anna Andrews, a news presenter, and  borderline alcoholic, is sent to report on the murder. She discovers that her ex husband, Jack, is the senior investigating officer and the dead woman is part of her past, a past she prefers to keep buried.

Neither character is a reliable narrator, Jack and Anna don’t even trust each other! So how the hell is the reader meant to? As the story progresses there are lots of grey areas, the characters muddy the lines between half truths and lies, making sure the reader can’t take anything they say at face value, for me this made the read much more exciting, and unpredictable, something that can sometimes be lacking in a novel of this genre. If I’m honest Anna and Jack aren’t the most likeable characters, in fact sometimes I just wanted to give Jack an almighty slap! but that said, it’s their flawed personalities that make it difficult to trust them. Normally I need to feel a connection to the characters if I’m going to relate to their story, but in this instant it no way spoilt my enjoyment of this read, and come the end I found myself warming to both Jack and Anna.

The book takes a dark and more than one disturbing turn, some turns are shocking, others misdirect the reader. I found the pacing perfect, a constant shifting of tension which reaches fever pitch for the shocking conclusion. I read a lot of psychological thrillers, so rarely do they have the element of surprise I crave, but Alice Feeney pulled the rabbit out the hat with this book, I never saw THAT coming! His And Hers is an unsettling psychological thriller, with twists and misdirection at every turn, it’s one of the best psychological thrillers I’ve had the pleasure to read this year. Highly recommended.

My thanks to the publishers for my ARC in exchange for an unbiased and honest review. 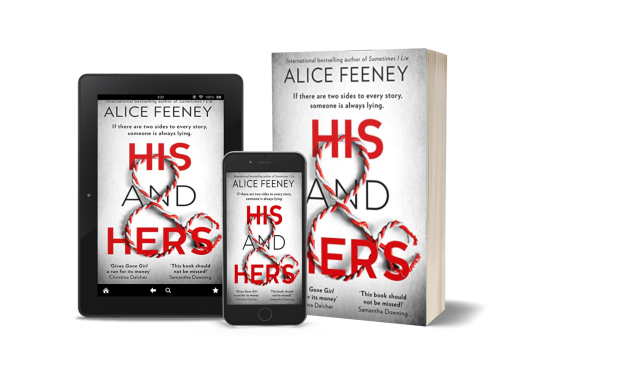