Whohoo It’s the 1st March, hopefully spring is just around the corner, I’m really not a winter person, bring on the lighter nights and lots of sunny days 😎.  Now we’ve got the weather out the way it’s time to choose my book of the month for February 2019, my god this was a hard one I could have chosen at least FOUR books this month but then I remembered the promise  I made last month on my blog, see below ⬇️

As only one who follows my blog will know I’m rubbish at narrowing it down to one book and more often than not I’ve chosen two or in some months three! I have had a srtrict word with myself, and this year I’m going to try and keep to just the one book of the month as the title suggests, let’s see how that goes 😂

So after a couple of sleepless nights, and much toing and froing I came to my final decision, are you ready? I read some fabulous books in Febuary, but there is one book that really stood out. It’s a book that covers every aspect of what I look for in a read, an original  plot, great characters and a storyline that draws me in from the first page and keeps me in its grips until I reach the very last page. It’s also one that rekindled my 🖤 Of horror. So without further ado here is my ONE book of the month…….

Turn The Other Way by Stuart James 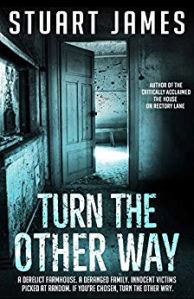 I read so many books that promise that “big twist” and I’m sorry to say but many of them fail to deliver, but not Stuart James, there’s twist upon twist, each one darker and more twisted than the last. It takes a lot to shock or surprise me but OMFG Turn The Other Way surpassed anything I was expecting. You know the saying “revenge is sweet”? This book is more a case of “revenge is dark, disturbing, and extremely painful”. Would I recommend this book? “It’s a hell yes” especially to those who love a horror thriller. See my full review here……..Turn The Other Way by Stuart James @StuartJames73 #MustReads #Horror #Thriller #Crime #MustRead

The Silent Patient by Alex Michaelides 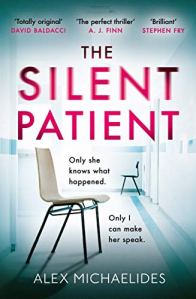 The author sure knows how to weave a tangled web, and then keep the reader in his clutches with a well- plotted story. It’s one that pulls you in from the shocking opening chapter and keeps you captivated all the way to it’s explosive conclusion. I literally read this book in a day, the tension mounted as each chapter ended making this an impossible book to put down. Mark my words this book is going to be a HUGE hit.

You can read my full review here……. 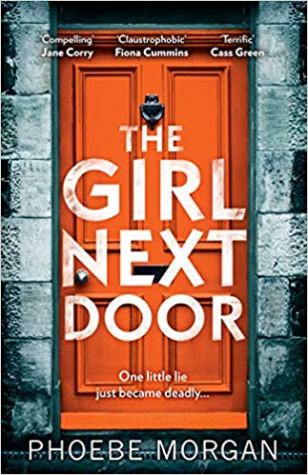 Full reviews can be found in the links below……..

The Girl Next Door by Phoebe Morgan @Phoebe_A_Morgan @HQstories #MustReads

You Belong To Me by Mark Tilbury **BlogBlitz** #BookReview @#MTilburyAuthor @Bloodhoundbook 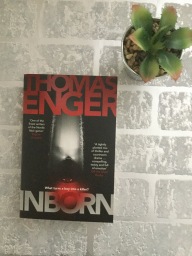 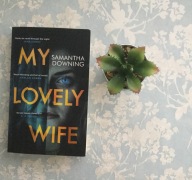 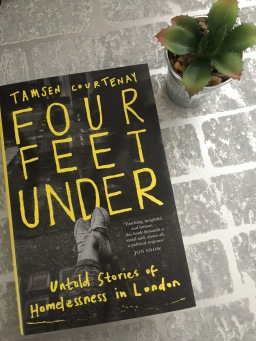 Today I’m sharing my review for The Nowhere Child, the debut thriller from Australian author Christian White. I’m so glad I picked this book up. Read on for my review but first the book description…….

A child was stolen twenty years agoLittle Sammy Went vanishes from her home in Manson, Kentucky – an event that devastates her family and tears apart the town’s deeply religious community. And somehow that missing girl is you

Kim Leamy, an Australian photographer, is approached by a stranger who turns her world upside down – he claims she is the kidnapped Sammy and that everything she knows about herself is based on a lie.

How far will you go to uncover the truth?

In search of answers, Kim returns to the remote town of Sammy’s childhood to face up to the ghosts of her early life. But the deeper she digs into her family background the more secrets she uncovers… And the closer she gets to confronting the trauma of her dark and twisted past.

One of my favourite things about reading a book is the fact you are never sure what story the pages of a book will hold. Yes, you have the book description to give you a hint, but even so a story can take so many directions. I thought The Nowhere Child would be a straightforward “girl gets taken, and then found years later” but how wrong I was this book has so much more to offer, it’s dark, genuinely twisted, layered in mystery and intrigue. I should mention the book is the debut thriller from Australian author Christian White, and what a debut, it’s superbly plotted, and one of those books that’s a pleasure to read for all its twist and turns.

What would you do if you discovered your entire life was a lie? That’s the question Kim Leamy has to face when she’s approached by a man whose convinced she’s Sammy Went, a little girl who went missing twenty-eight years ago in Manson, Kentucky. In a quest for the truth she travels to Manson where Kim soon learns that some secrets are best left buried. The Nowhere Child alternate between the past and the present chapters, ensuring the reader’s attention never wanes. The chapters narrated in the past explore the impact of Sammy’s disappearance on her family and the small religious community they live in. The present chapters follow Kim’s journey to discover the truth about her past. Although the theme of a child being stolen isn’t entirely new, the authors telling of the story made this book a compelling read. As one chapter ended, and another began I found myself immersed in Amy’s story, rather like Amy I was desperate to get to the truth of her disappearance.

I found the chapters told in the past to be the most fascinating part of this book, as the author scratches below the surface of Kim’s grieving family, buried secrets bubble to the surface, and relationships already fragile begin to unravel. As to the present chapters as Kim delves deeper into her past what initially presents itself as kidnapping crime mystery novel turns into something darker and far more sinister. Every character from Kim’s past has something to hide, and as each one is revealed the web the author weaves becomes more tangled.

Although some readers may consider this read a slow builder, I thought the pace was perfect; it allows the reader to get to know the various dysfunctional characters from Kim’s past warts and all. The NoWhere Child is a heart wrenching and somewhat chilling psychological thriller which explores several different themes,  love, loss, scandal, and religious cults. Christian White’s Debut made for a compelling read with fascinating characters, with a mystery containing so many twists and turns it’s one guaranteed to keep even the most ardent psychological thriller readers entertained. Highly recommended