I’ve only managed to read one book this week, I haven’t lost my reading mojo thankfully. I’ve had a week off and been far to busy to read. I might have only read one book, but it was a gripping one and very different to my normal reads, part history and part thriller.

I will be taking a regular social media free break one day every week as it certainly helps me to concentrate on my reading, and  I’m so easily distracted once I start trawling through Facebook and Twitter 🙈

The One Man by Andrew Gross

Books I bought this week

They thought that they had all the power, until she took it from them.

A killer hunts abusive spouses, blogging about their sins post-kill. Soon the murders and the brazen journaling draws the attention of Police Scotland’s CID. This killer works with surgical preparation, precision and skill, using a unique weapon of her own and never leaves a trace of evidence behind.

Edinburgh’s DI Kathy McGuire, nearing the end of her career, begins the hunt for the murderer as a media frenzy erupts.

But McGuire might have met her match…What has led this killer to take the law into her own hands? Is the woman accountable really a cold-hearted killer or a desperate vigilante? 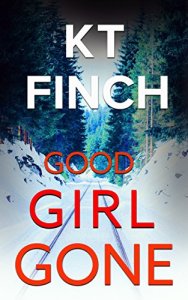 Tom Cheever is an IT specialist, a recovering alcoholic, and a single dad. Molly, his ten-year-old daughter is his whole life. But one ordinary morning, Tom discovers that Molly’s not in her room.
Gone. Vanished.

Police are called, a search party goes out, and Tom, already struggling with staying sober, finds himself coming undone. As hours become days without any sign of Molly, everyone she knows is called into question, including Tom himself.

As he tries to desperately piece together what could’ve happened, Tom realizes that nothing is quite as it seems. Will Molly be found in time? Or will Tom have to face the rest of his life not knowing what happened to his little girl?

ARC’s I received this week 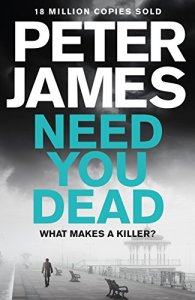 Roy Grace, creation of the CWA Diamond Dagger award winning author Peter James, faces his most mysterious case yet in Need You Dead.

Lorna Belling, desperate to escape the marriage from hell, falls for the charms of another man who promises her the earth. But, as Lorna finds, life seldom follows the plans you’ve made. A chance photograph on a client’s mobile phone changes everything for her.

When the body of a woman is found in a bath in Brighton, Detective Superintendent Roy Grace is called to the scene. At first it looks an open and shut case with a clear prime suspect. Then other scenarios begin to present themselves, each of them tantalizingly plausible, until, in a sudden turn of events, and to his utter disbelief, the case turns more sinister than Grace could ever have imagined.

Eleanor, Richard and their two young daughters recently stretched themselves to the limit to buy their dream home, a four-bedroom Victorian townhouse in East London. But the cracks are already starting to show. Eleanor is unnerved by the eerie atmosphere in the house and becomes convinced it is making her ill. Whilst Richard remains preoccupied with Zoe, their mercurial twenty-seven-year-old lodger, Eleanor becomes determined to unravel the mystery of the house’s previous owners – including Emily, whose name is written hundreds of times on the walls of the upstairs room.

Robin and Sarah weren’t the closest of twins. They weren’t even that similar. But they loved each other dearly. Until, in the cruellest of domestic twists, they were taken from one another. Now, in her early 30s, Robin lives alone. Agoraphobic and suffering from panic attacks, she spends her days pacing the rooms of her house. The rest of the time she watches – watches the street, the houses, the neighbours. Until one day, she sees something she shouldn’t…

And Sarah? Sarah got what she wanted – the good-looking man, the beautiful baby, the perfect home. But she’s just been accused of the most terrible thing of all. She can’t be around her new family until she has come to terms with something that happened a long time ago. And to do that, she needs to track down her twin sister.

But Sarah isn’t the only person looking for Robin. As their paths intersect, something dangerous is set in motion, leading Robin and Sarah to fight for much more than their relationship…

I also got sent two “Top Secret” Arc’s…….my lips are sealed for now 🤐

After The Affair by Jonathan Kaye **Blog tour**

Love Me Not by M J Arlidge #Review 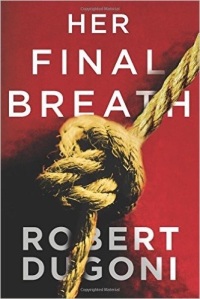 Her final breath is the 2nd book in the Tracy Crosswhite series. Homicide detective Tracy Crosswhite has returned to the police force,and finds herself pulled into an investigation that threatens to end her career, if not her life. A serial killer known as the Cowboy is killing young women in cheap motels, With clues scarce and more victims dying, Tracy realises the key to solving the murders may lie in a decade-old homicide investigation that others, including her captain, would prefer to keep buried. With the Cowboy on the hunt, can Tracy find the evidence to stop him, or will she become his next victim?

From the book description I thought Her Final Breath sounded very promising, and the sort of book I usually enjoy, but I’m afraid it didn’t hit the spot for me. It’s the sort of book that I would call a good “airport” read, no complex plot, and no deep and meaningful dialogue. It’s the sort of book you can pick up and read a couple of chapters, and then put it down again, without putting to much thought into it, I never once felt I needed to read “one more”chapter, because things never got that intense.

On a positive note the thriller is competently told and pleasantly entertaining, which I’m sure some readers will enjoy. For me personally I like a thriller to be gritty, with a storyline that keeps me gripped, sadly Her final breath doesn’t hit the mark, so I’m giving it 3 stars. Thanks to Netgalley and the publishers for letting me review an advanced copy in return for a honest review.

Follow The book review café on WordPress.com
Join 21,344 other followers